After spending endless years battling with my body, putting it through every diet going; Running miles and miles a day; Going to endless cardio classes and always trying to get small, all the while hating it, but telling myself I’d look better for it, I finally found something that changed my whole world. And for the better, as it made me begin to accept me and instead of trying to punish my body for being as it was, it actually worked with it!

That something was the world of strongman/ strongwoman…

Whilst training for my 3rd tough mudder, being coached by Simon,I met Keoghan. He was beginning training for his first and we sparked up a friendship over the monkey bars, not knowing where it would lead!

Here we also met Nick and after sometime training together, we went on to complete 4 Spartan races, where I had my first taste of picking up an atlas stone!

The first time was with the woman’s 30kg and it felt like the impossible!

The next time, after a little dabble with training stones, I went back and carried the men’s 50kg! One comment I will never forget hearing as I carried it on my shoulder. “she’s got man balls” ! ?

Training began to become more strongman focussed as we joined a new gym Arc Gym, where we met the honeybadger, Mark, and keoghan competed in his first comp in June 2019.

Watching then, I knew I had to give it a go!!

We heard about the muscle tunnel at Wild Training which was to hold a strongman comp with a truck pull!! Well, who could resist?!

Scared, I agreed to go along to the try out day a month before and if I liked it, I’d sign up to compete…

September 2019, and after trying to talk myself out of it, and literally begging keoghan to turn the car around as we arrived, we both competed and both won first place in novice.

That was the beginning of this amazing journey that I’m on now.

I’ve since competed in several comps, learning and growing throughout each one and meeting some of the most incredible people I have ever met.

I’m not the strongest. I’m not the fastest. I’ve stepped up to some events and not been able to lift the weight. But I’ve given it my all, and that’s what counts.

I’ve changed coach to Josh Lancaster and joined the MST coaching academy to extend my current qualifications and become a certified trainer with them.

I’ve introduced and coached several strongmen/strongwomen in my mission to play my part in growing this amazing sport, Stevie being one of them!

I’m part of an incredible group of people who have become my strongman family, and feel like one of the luckiest women alive to have found them.

When keoghan shared his visions of strength register with me, with our shared love and passion of the sport, we couldn’t let it slip away…

Strength Register is a free resource for Strongman and Strongwoman

Our listings are updated by competition organisers and promoters, gyms owners and coaches that sign up to the site and provide their information. This is supplemented by us following social media and scouring the internet.

It's free to register and list a competition, gym or coach. Or, if you know of one that's missing, please let us know by email, Instagram or Facebook. Found a listing that needs more detail? Tell the owner about us so they can add it.

We are self funded and generate income from our shop sales and site sponsorship. We use this to cover costs for running the site and to give back to the sport by sponsoring competitions. Want to sponsor us? Get in touch using the details above. 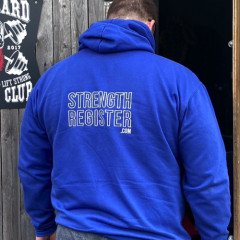 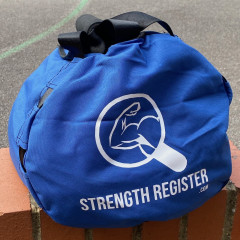 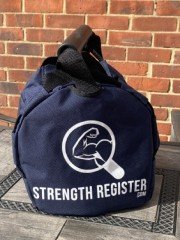 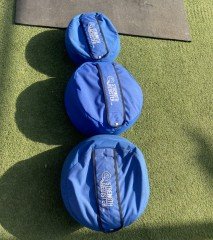 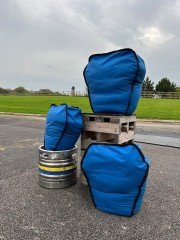